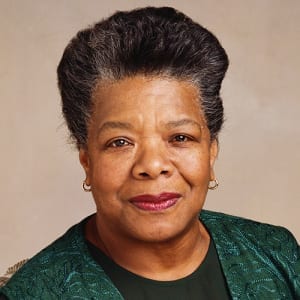 In the novel, I Know Why the Caged Bird Sings, Maya Angelou highlights her ability to create a colorful image of the setting being used through powerful symbolism. For example, Angelou claims “the crime that tipped the scale and made out hate not only just but imperative” (Angelou 28), when describing the disrespectful actions of an invasive Reverend from the family’s local church. Angelou incorporates jarring symbolism in respect to religion often, and I’ve thought about making that the focus of my response, since religion was so prevalent to people during the time period, and specifically the main character’s family.

I do not enjoy the slight sloppiness of the book’s structure. Angelou does not focus on one specific problem for the characters to solve, but rather describes shocking situations involving race and culture from the perspective of a young black girl. Although the structure can be interesting to some, I would enjoy the novel more if it had a more specific purpose. The vagueness is slightly distracting for me as a reader, as trying to determine the author’s focus while reading becomes difficult. 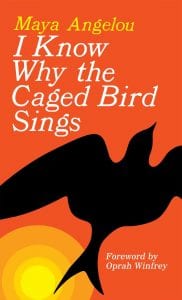 Recently, I have been reading Michelle Obama’s memoir Becoming. Obama’s memoir is much more colloquial, while Maya Angelou’s I Know Why the Caged Bird Sings has a poetic and well thought out tone. I assume that the tone will become more gruesome as discriminatory events occur in the narrator’s life. Both novels describe the experiences of African American women growing up in an oppressive society. So far, I enjoy Angelou’s use of descriptive metaphors to convey the importance of certain events on her life. The novel can be confusing at some points, as I wonder how much of the stories actually happened to the author in real life.

Maya Angelou’s immense imagery adds to her work in creating a livid picture for the audience. One of my favorite phrases so far include “greased with Blue Seal Vaseline and powdered with the Arkansas red clay”. Angelou’s use of descriptive wording helps shape the nostalgic tone of the story. Another powerful quote, “Wouldn’t they be surprised when one day I woke out of my black ugly dream, and my real hair, which was long and blond, would take place of the kinky mass that Momma wouldn’t let me straighten?”, highlights the characters insecurity regarding her culture. The quote is especially shocking considering that the narrator is already ashamed of her appearance at such a young age.